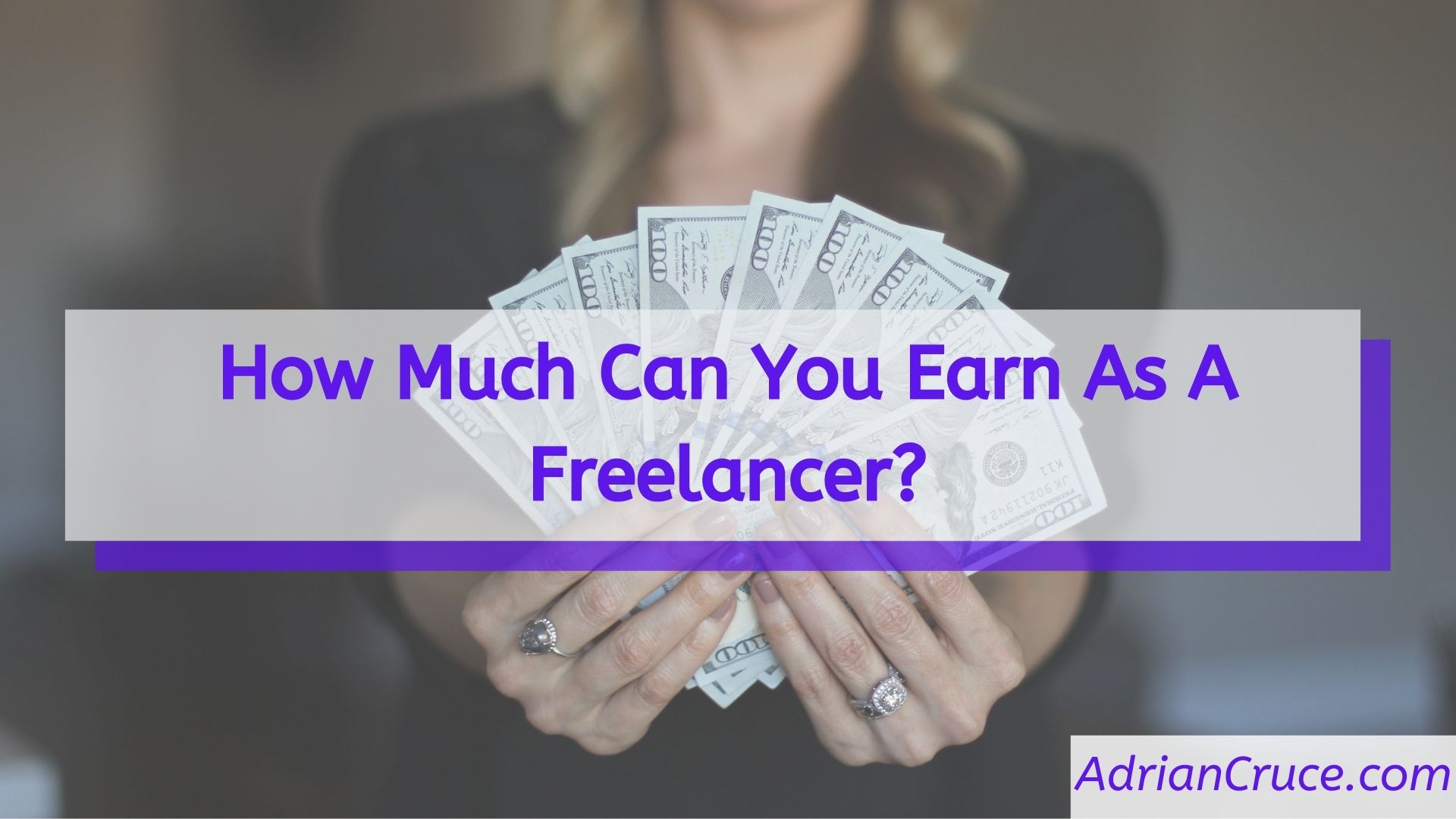 I know many freelancers and although this does not mean it is a rule, they are all annoyed when they hear these questions:

Let’s try to go through the explanation a little. Although it will not be concrete, it should answer your question in a truthful matter.

So consider yourself warned.

Table of Contents hide
1 Some Statistics First
1.1 Key Takeaways
2 What Influences How Much Freelancers Earn?
3 The Truth About The Location Factor
3.1 Racism
3.2 Living Costs
3.3 The Honesty Of The Clients
4 How Much Can YOU Earn?
5 My Personal Tip:
5.1 Share this with your friends:
5.2 Related

As expected, several studies were already conducted since freelancing is a huge part of modern business. Some of the important ones are:

As you can see, all these statistics look great. However, if we dig a little deeper, there are some flaws that appear.

For instance, Upwork’s survey only covers users of its platform. And most freelancers do not work through Upwork so we cannot say the statistics are accurate. Then, the freelance writer’s annual salary ZipRecruiter highlighted only covers US writers. They are paid more than those from most countries, but not as much as some from, let’s say, France when writing in French.

Basically, we cannot really trust these surveys. They are subjective in one way or another and their results might not apply to you.

What Influences How Much Freelancers Earn?

This is the real question you have to ask, not “how much can freelancers earn”.

When I started working as a freelance writer, I was around 17. I was living with my parents and all my expenses were covered by them. My first writing job paid $1.5 per 500 words and I was writing travel articles about Norway fjords. This was during 2001 or 2002. Right now, this rate is close to abuse in my view. Now I charge over 10 times as much as a minimum when I do not need to do much research as I know the topic. And I also have residual income sources.

When looking at how much freelancers can charge and earn, there are factors that influence rates. The 5 that are very common are:

The Truth About The Location Factor

As I already said, this is the real problem the freelance industry is faced with right now, according to me, of course. So just take this as my opinion based on what I saw in the past over 15 years.

I am going to start with this one because it is by far the worst problem in every single industry where freelance work is possible.

For instance, freelance writers from countries like India and Pakistan have a pretty bad reputation in more developed countries. They are often considered to be cheap writers that are not at all good at their job but they can be paid less and they are hired. But so many clients that I talked to over the years never actually hired a writer from such countries or consider one. So they cannot know if this is the truth and we can never say that a writer from a specific country is automatically bad because of it.

I have an acquaintance that is Indian. He is pretty good at writing but he was never really considered for jobs. One day, he decided to change his pen name and stop using profile pictures with his real face. A simple change in theory, from something like Raj to John. Now, he is making a good income, earning around 3 times more simply because of the name change. That is because he was not being considered because of his name and face.

Unfortunately, racism is big in every single industry and we all have to play our part in stopping it.

Although not perfect, the median wage in a country is a good indicator of living costs. This is why I am mentioning it.

Let’s say someone from India and someone from the US is paid $20 per 1 article of 1,000 words, which is quite a common price even on sites like Upwork. We completely neglect taxes in this case. The US writer needs to write 200 articles to get $4,000 per month. The Indian writer only needs 20.

This is why freelancers from countries like India charge less. Not because they are bad. In fact, some of the best web developers I ever met were Indian.

The Honesty Of The Clients

Let’s take a look at this screenshot from Upwork:

This UK-based startup offers $50 per month for around 120 hours per month, with the expectation of at least 96 articles per month. And the startup is so kind to tell freelancers that the pay will maybe increase to $80 per month following funding in August.

What a load of crap!

Obviously, this is a rare example. But such clients do exist. It is normal to want to pay freelancers less than a full-time employee. However, you can so easily do that just because of the fact that you do not pay the little extras, like insurance.

In my country, the full-time employee only receives 58.5% of the total salary. The rest goes towards taxes and insurances. So, if a business pays $1,000 per month for a salary, it can turn to freelancers, which are basically independent contractors, and end up paying much less. In my example, you cannot (or at least should not) pay 58.5% of the normal full-time rate. But, you can pay around 80%.

The point is businesses save money when they hire freelancers. However, how honest they are is what dictates a large part of this freelance earning equation. After all, as a freelancer, you are dependent on demand for the services you offer.

How Much Can YOU Earn?

Based on everything that I mentioned above, it should be obvious that nobody can answer this question for you.

It is very important that you know exactly how much money you need to live a comfortable life. And you also have to think about your aspirations and your goals. This will give you the MINIMUM amount that you should charge. (Read more about this, which is called MAR (minimum acceptable rate) HERE)

Can you find jobs that cover that rate? If not, why? Is it because you need to learn more and become better? Or maybe there is another reason for it, like no portfolio to show off that you should be paid a specific rate.

Remember that there is no limit.

There are writers out there that make $200 per article and they only spend 2 hours writing it. You can reach that level in any industry. But this is a gradual process and there is no guarantee you will. It takes a lot of work and dedication.

So how much can you earn as a freelancer?

MORE than you think right now.

The last thing that I want to say is that as you work as a freelancer, you should dedicate a part of your work time to developing your OWN business. At least launch your own site and grow it. This will give you more money and protection for the times when you do not have freelance work. And such times WILL come, regardless of how safe you think your job is right now. 2020 showed us this very well.

Please do this. You will not regret it!

Good luck, work hard, and you will succeed!