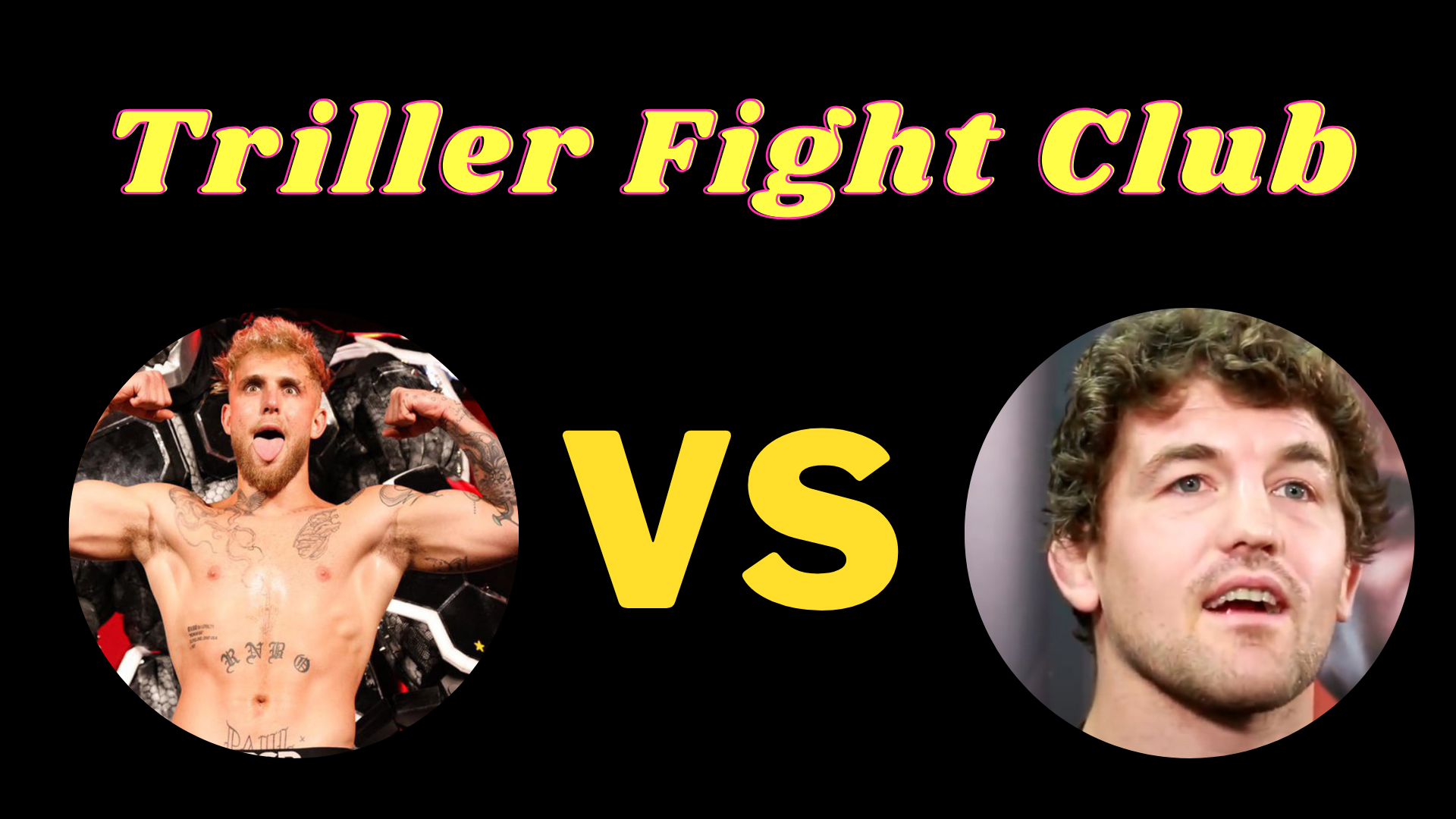 The audio version of this post, created with text-to-speech is available here:

My ramblings are below:

Today I would like to share my opinions about the so called fighting event of the year so far, the Triller Fight Club, which saw the main event being YouTubber turned professional boxer Jake Paul versus MMA fighter and wrestler Ben Askren. I suppose you already know that Paul won with a questionable stoppage. If you did not know and you wanted to watch the event at a later point in time, tough luck.

The day started pretty well for me. I saw a couple of great concerts, did some work, and then I noticed that the fight was on in a few hours. After years of not watching boxing, I decided to give it a go. What a waste of money and, more importantly, time.

I want to talk about the Fight Club event. Was it a fight gala? Nope. Was it a concert? Nope. Was it an entertainment event? Most likely that is what they call it. In reality, it was a fighting event that seemed organized by drugged high school students with too much money to spend. A glorified walking advertisement for weed but one that hurts the cannabis industry more since it made it look like whatever they were smoking was making them stupid.

I do not even know where to start with this so-called fight event. People tuned it for the Askren versus Paul fight. Yes. Do I care that one is a Youtuber and millions of people wanted to see him dropped, including me, no? I did watch hoping that he will get dropped but what I ended up seeing shocked me more than the actual fight.

What a mess of an event. The commentators were by far the biggest problem. They literally destroyed the little validity this boxing event had. They did not even comment the boxing in the ring in most cases. One of them was supposed to be a comedian. I have no idea who he is. Some guy from Bronx. All he did on commentary was sound incredibly stupid.

Then, Oscar de la Hoya, true boxing legend, was on commentary. He seemed under the influence of something, like literally everyone on the show. And Oscar embarrassed himself in an incredible way. Does anyone want to watch anything else from him after this display of stupidity? He was talking about the body of one of the boxers and kept saying USSR and USSA. Then, he said something so stupid I cringed, he said “I will go down till the end” when referencing his in-ring return. All while looking like on a strong high-induced trip. I’ve seen many people smoke pot but this looked like much more than that.

Ok. The commentary was horrible and rarely actually discussed the boxing happening in the ring. Snoop Dogg and Pete Davidson were very funny and entertaining. But this was completely useless since the smart high-backed remarks by Pete were literally nothing when put next to the rest of what happened.

Then, a slap contest. This is pretty popular in Russia and how they do it over there makes it seem like those are men and the display on Triller Fight Club was the amateur league. A guy was always flinching, which would mean he would be forced to be hit again, but not here. Overall, the slap contest did look a little fake. And the referee or announcer, or whatever role he had, was Ric Flair. The wrestler Ric Flair. In fact, he was the only bright spot of this horrible display of supposed masculinity as he was saying things like “my wife hits harder than that” or “I could take that”. And he is old. And I am quite sure he could have took most of the slaps without a problem.

Ok, let’s talk a little about the boxing. Match one, a billionaire versus a reggaeton singer? And the billionaire had 8 professional fights? This was such a joke with such a bad story about fighting over a woman and then a callout for Jake Paul at the end. At least the billionaire was nice and he did not murder the reggaeton singer in the ring, which he could have done without a problem.

After the Ludacris first fight, I decided to go take out the dogs. It was obvious the event was horrible so I wanted to buy some beer so I could at least get drunk. Which I eventually did as I was watching in awe what was happening. When I came back, around 45 minutes or so, I found out that there was no other boxing match in the meantime. So a pause of 45 minutes with music or something. I have no idea. In an event called Fight Club.

Ow, the music. So much music in a boxing event. And a horrible camera work. Those that know the Good camera Bad Camera clip from BTS can easily get the idea of how bad it was since this was definitely a bad camera showing. There was playback. I mean, playback at a live event. I will not even mention the artist’s name because it is horrible to see something like this in 2021. Then, this was the first time I watched Doja Cat. And I heard those stunning lyrics she has, like “play with my pussy but don’t play with my emotions”. And then Diplo with a bad song. And the highlight was actually Justin Bieber, who was the best of the well-known artists that played. And that is quite something to say since he did make so many singing mistakes. The only bright spot with the music was the band The Black Keys. I did not hear about them till now and they were pretty good. Everything else music-related ranged from horrible to bleah. Still, more music than boxing at a boxing event called Fight Club. Fortunately, there was a very good voice on the show as Janet Turibe sang America The Beautiful, although because of some tech issues we did not hear her sing for the first part of the song.

This event was trending on social media. This is normal. What was incredible for me is that this event was the most bet on boxing event of the year. Was it the only one? I mean except the main event where subjectivity was dictating what people bet on, the rest of the 3 fights were so predictable that nobody should have even allowed bets. Ok. Let’s be a little fair here.

There was ONE boxing match that was OK-ish. But it ended with one of the fighters faking a groin shot. A fake that was obvious for everyone watching except the referee that was next to the fighters. So the only fight worth a damn on the show ended disgracefully, which only puts a stronger emphasis on the fact that boxing is dying. And one of the commentators started talking about checking the nuts when the medic came in. If this is the future of boxing, which is how they were promoting this event, boxing is literally doomed.

Triller obviously spent a lot of money on this event. They brought in as many celebrities as possible, most likely to take our attention away from the horrible boxing and mediocre entertainment. But they will surely need to pay even more in the future if they want to bring in others because of how disgraceful everything was. I mean, they had Michael Buffer announce the main event. Michael freakin Buffer. Hope he got a good payday though.

And the pot smoking. So much pot smoking. They were literally smoking a few feet away from the boxers that were in the ring. This is what we are supposed to promote? Grab a blunt and then go fighting some dude? Is this what I am supposed to understand from all the weed featured on the show? The commentators were talking more about the weed than about the boxing.

On the whole, as a fight fan, I am disgusted. What I saw was so bad that I hope Triller goes bankrupt. People paid money for this pay per view that was supposed to be about boxing but that was all about some music and a whole lot of weed.

People criticize the WWE for bringing back older wrestlers. If you are among them, say thanks that the WWE does not do it like Triller did. This show was all about old, former athletes and some mainstream celebrities, and weed. A lot of weed. Mario Lopez stood up to take a selfie with Pete in the middle of a match for fuck’s sake. How disrespectful is that?

As a fight fan, I am totally disgusted. This was the worst fight event I ever saw. By far. There is literally no competition. This is how bad it was. Literally everyone I saw talking about this event criticized something.

OK. For me, the stoppage was really early. Was this a rigged fight? I do not know. We cannot know. But the stoppage was definitely early. And it was not early like with the Mayweather vs Connor fight. It was a clear let them fight moment.

Well, at the end of the day, Askren made a million dollars. And he was retired anyway. This will create some online memes but it does nothing when it comes to his wrestling background, which nobody can question.

But this Fight Club event. Damn. This was so bad that I will surely never pay for a Triller event ever. If there is something worth watching, I will just watch through a pirated stream. And I will be happy about it. I am all about supporting content creators, businesses, and basically everything that creates value. But this Triller Fight Club is disgraceful. This is the word that is best-suited for it. I wasted hours of my life in which I could have done literally anything else and it would have been more enjoyable. I could have been placed in a submission hold, scream in pain, and it would have been more enjoyable.