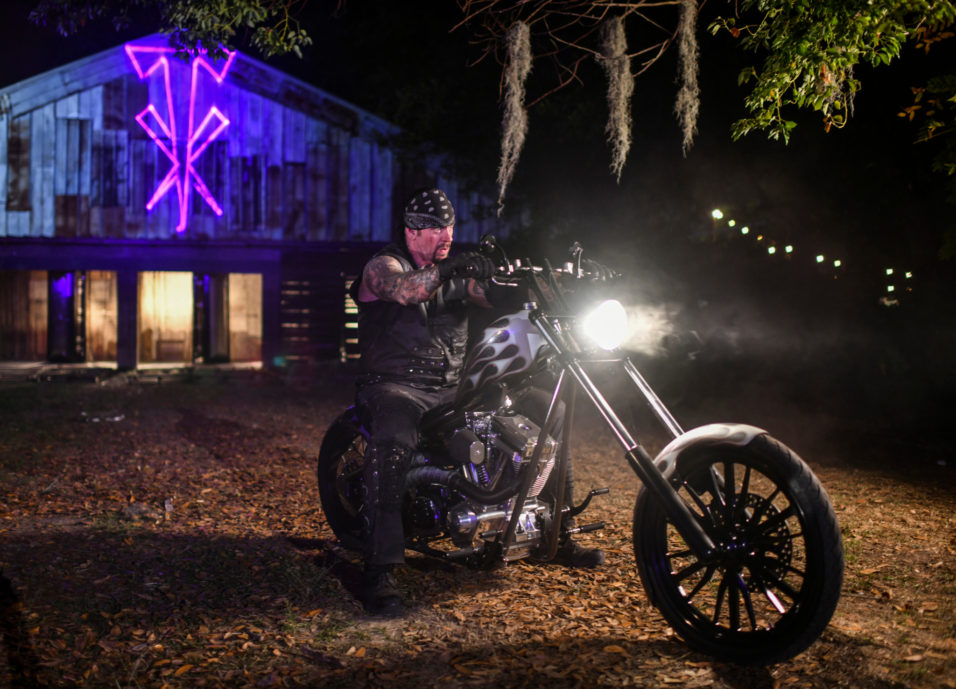 After finishing the documentary about basically the final years of the career of Mark William Calaway (The Undertaker), I just had to write a few words. The Undertaker is practically synonymous with professional wrestling and it is very hard to imagine anyone will ever reach his icon status. He officially started his career in 1987. I was 2 years old back then.

And I really hope he finally retired. Because his final “match” with AJ Styles had a PERFECT ending for the career of an iconic character. Anyone that ever watched and enjoyed wrestling and most likely everyone that met Mark Calaway in real life would agree with me saying that this guy IS wrestling.

In the last episode of the documentary Mark said:

“My specialty is storytelling.”

And that is so right. It is this reason why The Undertaker will forever be associated with the sport of professional wrestling, along the likes of all the other legends that performed in a ring.

The catchphrase of The Undertaker is:

“May you Rest In Peace!”

And it is great to see him seeming to be finally at peace.

During the documentary, we all got to see the human side of the Undertaker, a person that lived in kayfabe for such a long time. Only those that were really close to him got to see the real man behind the wrestler. And he looks like an incredible person. A tough SOB that has a great heart.

I am having serious problems thinking about what to write about this documentary and about the career of the Undertaker.

The first time I saw the Undertaker, he was the Ministry Of Darkness Taker and I was instantly hooked by that persona. There was no internet and I just saw things on TV. There were only 2 characters that I remember from that period: The Undertaker and Sting. Sure, I do remember all the others to some degree but these two were the real professional wrestling for me because storytelling was what made everything appealing for me.

As time passed and everyone started to get internet, I started to learn more about the Undertaker. I basically got to see his entire career and can only imagine what stories he can say. And what his body went through.

The fact that he can still move after all the injuries he had and all the surgeries is a miracle. He really is a tough SOB. What else can be said?

Mark Calaway said in the documentary that he considers himself blessed for what he was able to do. I consider myself blessed to have been able to see him. We were all blessed because wrestling would have not been the same without him.

Everyone talks about wrestling legends of the past. They mention Ric Flair, Shawn Michaels, Andre the Giant, Bret Hart, Steve Austin, Sting, and so many others. But, when I was around and these athletes retired, I did not feel that much. When Taker laid down his gloves in the match against, I really thought that was his way of retiring and I almost cried. But, I was happy. Now, I just hope he really retired because he seems so at peace with everything.