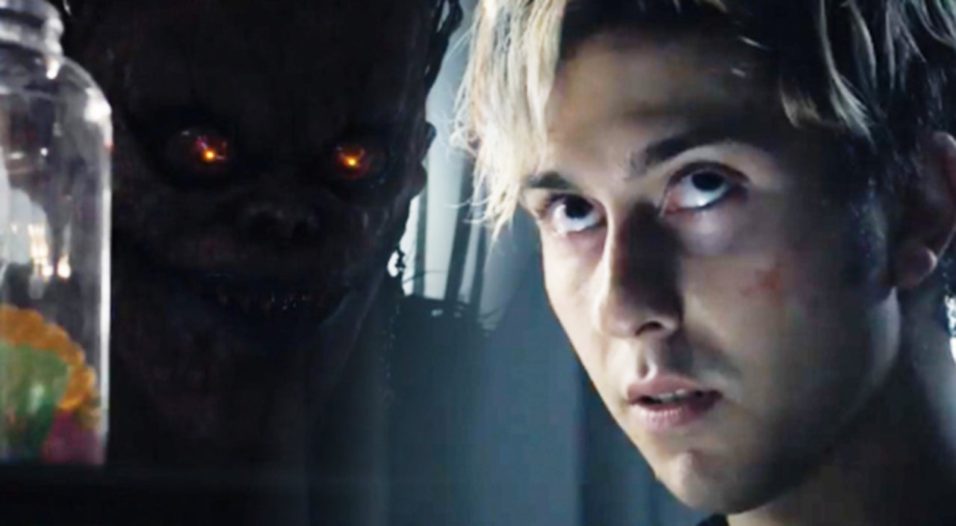 I instantly had to re-watch the entire original anime because I was so incredibly disappointed. Death Note is a work of art and that American movie was so unfair and so shallow that I was literally disgusted. If I were to review the movie fully, my conclusion would be: disgusted.

I do not know what the runtime was for the movie but it is clear that it was way too short. If you are to make a movie in which you want to add all the important elements of the Death Note series, you have to make it longer. Or at least make 2 movies. That would have been perfectly acceptable. But no! The solution was to basically rewrite many parts of the comics/anime to make a movie for the American audience, the stupid American audience most likely. This is where the filmmakers made a huge mistake. People that watch and appreciate Death Note are not stupid.

The only thing I liked from the movie was L. The actor playing him did a pretty good job given the sub-par script. He was pretty good at picking up the anime L’s habits and although he could have gone way further than that, he was still decent. What was not decent was caused by the script because the ending sequence of the movie was not characteristic of what L was supposed to be.

Let’s think a little about that ending. We are left with the realization that Light is Kira and L having access to the Death Note, being able to kill Light. Most likely, this was done to create some sort of suspense but I think everyone that is a fan of Death Note would agree that L would have never used the Death Note to kill Kira. Never. Even if Light was to kill Watari.

Now, while L was decent and I had no problems watching him, the Light character was completely different. I mean, the only mention of the fact that Light was really smart is that he was doing tests and selling them to other students. Nothing else.

Light is supposed to be very smart, just like L. This is where the battle of wits between them starts. The Kira in the American movie is dominated by his girlfriend. Also, the original Light is a hit among the ladies. He is smart, a great student, and a very athletic individual, being a national tennis champion, among others. In the American movie, he is a sort of smart kid that is bullied and gets a hot cheerleader girlfriend that has more balls than him. This is just all over the place.

The actor playing Light also pretty much sucked. His father was actually better but lacked any sort of good script unfortunately.

I can go on for hours talking about how this movie sucked. I actually watched it two times. The first time I was like MEH and did not care much about it. Was not paying too much attention. Then, after I watched it the second time, I was just appalled. So appalled that I re-watched the anime. I binge watched it to get the American version out of my head.

Death Note, the American movie, is just another attempt of taking Asian culture and trying to make it a hit in the states. But, without full understanding of the substance behind it. The IMDB rating of 4.5 out of 10 is just a joke and should be a lot lower.

It sucked. I simply cannot put it another way. This movie should have never been made and if it was to be made, it should have been done so by a team that actually took the necessary time to research Death Note. A sub-par L, a horrible Light, and such bad dialogue that the person that originally wrote Death Note most likely vomited.

Do yourself a favor. If you like anime or just Death Note, do not watch this rubbish.