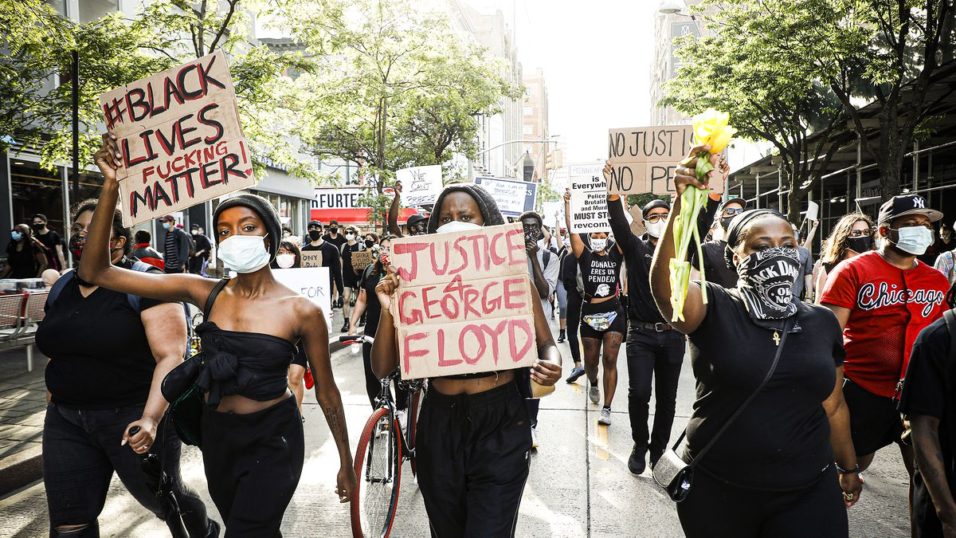 In the aftermath of the George Floyd murder, here is a collection of videos shared by people that participated in the protests. I believe it is very important to be informed, to share, and to spread what is actually happening.

The media does not do a great job, even if it does seem that there are some channels, outlets, and publications that started to actually try journalism. Please look at them, share them, and do not shut up.

It is time to talk, scream, shout and fight!

This is how you use your white privilege. You stand up to those that are in the wrong, regardless of their color. The police officer could have easily just step back and not push back. It is pretty clear that it is the police that instigates violence.

People have to speak up. They need to stop staying silent. You do not have to go protest but if you stay silent, you help the oppressors. Black people are killed for years now by the police. This HAS to stop.

This is what actually happened during most protests. Not the violence, not the riots, not the destruction. Take the knee. Raise your hand. It takes numbers and people of all races to change something like this.

So this guy is practically suspected because he “fits the description”. And the approach is filled with guns. Newsflash. Most black people on the streets DO NOT CARRY GUNS. Starting from the premise that they do and pulling out your gun IS RACISM.

Police officers are people too. Many of them do not agree with the fact that they need to go up against people protesting for their rights. But what happens when one of them shows some sign of caring? He gets replaced. This guy should be allowed to just take the knee without having to worry about repercussions from his superiors. The good guys in the police are the ones that need to join the protests.

This is a HUGE problem. A very big one. An incredible thing that has been going on ever since I can remember US media. I stopped watching TV stations because of things like these. But look at this. It is actually true. What is this? Discrimination? Racism? A hidden agenda? You tell me!

Black (and white yes) people have been protesting for years now. They did their part. They did protest peacefully. They talked about the problems. Did anyone listen? No! Will a system that is so corrupt listen? No. Nothing in the history of mankind, nothing of true importance changed with peace, unfortunately. This is because of the comfort of those that are not affected. Riots and people of color standing up was inevitable, especially with this tiny, tiny, tiny, tiny man in charge of the US.

It does not matter if the protesters stopped the police car. What the driver did was horrible. This guy needs to be fired ASAP. He is not a police officer. He is not in a war. He is not on a mission. He can just go back and adjust his route. Yes, he can do that.

There are so many comments related to this in which people say that the police attack journalists because they want to be able to do whatever the [email protected]#$ they want. This is not an unrealistic scenario. Why is the police arresting and going after journalists? This rarely even happens in wars. And yet, in the past 2 days, I saw so many such reports.

This is actually how people have been protesting for a long time. It is not on the news and it should be. Such videos should be put on the news but the media and the people in power are way too busy trying to make these exact people look like terrorists.

Yes. God. Yes. This is what should happen. This is what is needed. The police needs to march with the people. Because it is the PEOPLE that they are supposed to protect, not the corrupt politicians, not murderers. The Blue Wall needs to go down and the good police officers out there need to grow some balls and stand up for what they believe in. They might get fired. Yes. But, they should do the right thing because they swore to protect the people. And they are not doing this.