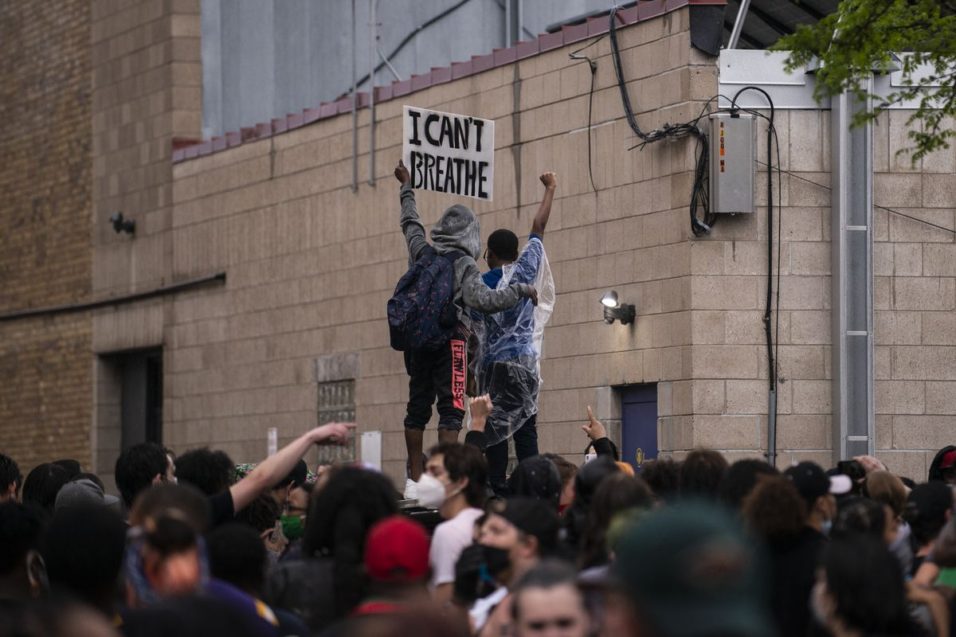 I open my Twitter feed, which is always filled with Kpop memes, League of Legends, and generally entertaining things. As always, I also check out the trends and I see many hashtags related to George Floyd. Whenever this is the case, something serious happened. Unfortunately, I was not wrong.

I am writing this post because I am seriously pissed. I am pissed that the current state of the US is so incredibly bad that those that initially thought about the Constitution of the great United States of America surely move around in their graves while being horrified.

Disclaimer: This next sentence can lead to serious triggers. In the video linked you can see a person moments before death so you please do not click if this can bother you.

In case you do not know what happened, here is a link to an article about it. One of the worst parts about it was:

“However, the officer who placed Floyd in the choke hold was fired but not charged.”

How? How is that even possible?

The truth is that this has been going on for a really long time now in America. And it only became a lot worse ever since Donald Trump was elected. The worst parts of society became visible. It is not like people like this did not exist but under the Obama administration, things were changing and mentalities were changing. This is no longer the case.

Police brutality was always a problem. It was a problem even before the N.W.A.’s [email protected]#$ The Police. It will still be a problem for a long time. This is, unfortunately, because there was way too much privilege for white men for way too long. Black people were accepted only in theory by the masses. In reality, it is only now that we go through this change that happened, in theory, a long time ago.

In the case of George Floyd, it is appalling to watch. The truly appalling part is that he lost consciousness and then the police officer prick kept his leg on his neck. Without a doubt, he was losing his breath and was being choked. Then, after passing out, he kept being chocked. All while he was cuffed and he had no way of hurting the police officers even if he was going to get violent.

This is not the first time I saw such practices. Who in the world teaches these police officers these techniques? There are so many ways to incapacitate a person but using the knee on someone’s neck is one of the worst. It is meant to be very violent and should be used only in extreme cases.

In case you do not believe me, look at what Jon Jones said about the choke used by the police.

We are also talking about many officers against a single person, after the person was incapacitated. There is no longer a need to keep the hold. Anyone with minor martial arts training would be able to figure this out. In fact, when you train chokes, you are taught when to stop.

Then, we have the lie. I am surprised I did not see it so far, the “I was afraid for my life” lie. It looks like this is a get out of jail free card for the American police.

When I was younger, I had the chance to go the US. No matter what I might have thought then and how I lied to me, I could have stayed or could have came back, one way or another. I didn’t and it was most likely the best choice I made.

I was there when the 9/11 Terrorist Attack happened. I was actually on my way to visit the World Trade Center and someone missed a highway exist so it would have been impossible to get in time. As a result, we missed the train. If the attack would have happened just a few hours later, I would have been in the towers, as a tourist, together with the countless tourists that were there.

Before 9/11, everything seemed to be Paradise. I was buying smokes from a gas station owned by a man from India (I think, I never asked). There were many gay couples around and nobody had a problem with people of other races.

Well, after 9/11, it was different. I went to buy smokes and talked to the owner by chance. He said I was among the few clients that he had in the past week or so. Ever since the attack, when people walked by or when they stopped to buy gas, they saw him and they left. Racism started to show its true colors in a country that was so good at hiding it.

Getting back to George Floyd, I am seeing a country getting used to this. Under President Trump, we will never see support for those that protest against police brutality. This is a president that lies more than I lied when I was a kid that wanted candy. A president that is pushing for safety measures to be dropped in the middle of a pandemic that is killing more and more people. Great, no?

Will there be justice for Floyd? I doubt it.

I do not care what he did. The police came because he might have done something bad, used some forged things, something. I do not care. What I saw was a completely incapacitated person with a knee on his neck. Even if he was violent and it was needed to subdue him, if the man lost consciousness, the police officer should have instantly removed the knee.

The police officer KILLED Floyd. There is just no way around it. No matter how you look at it, this is a crime. It does not matter if he is a police officer. You can easily consider this excessive force and wrongful death. Will this happen? I doubt it.

I am sad. I am really sad to see news like this. As I see so many struggling to make this world normal and fight racism, women’s rights, and many other important things, the US is going down fast and shows its true colors.

Table of Contents hide
1 The killing of George Floyd was MURDER. Any other outcome is biased and can only stop people from trusting the police.
1.1 Share this with your friends:
1.2 Related

The killing of George Floyd was MURDER. Any other outcome is biased and can only stop people from trusting the police.