Awesome MK11 DLC Fighters We Will Never Get 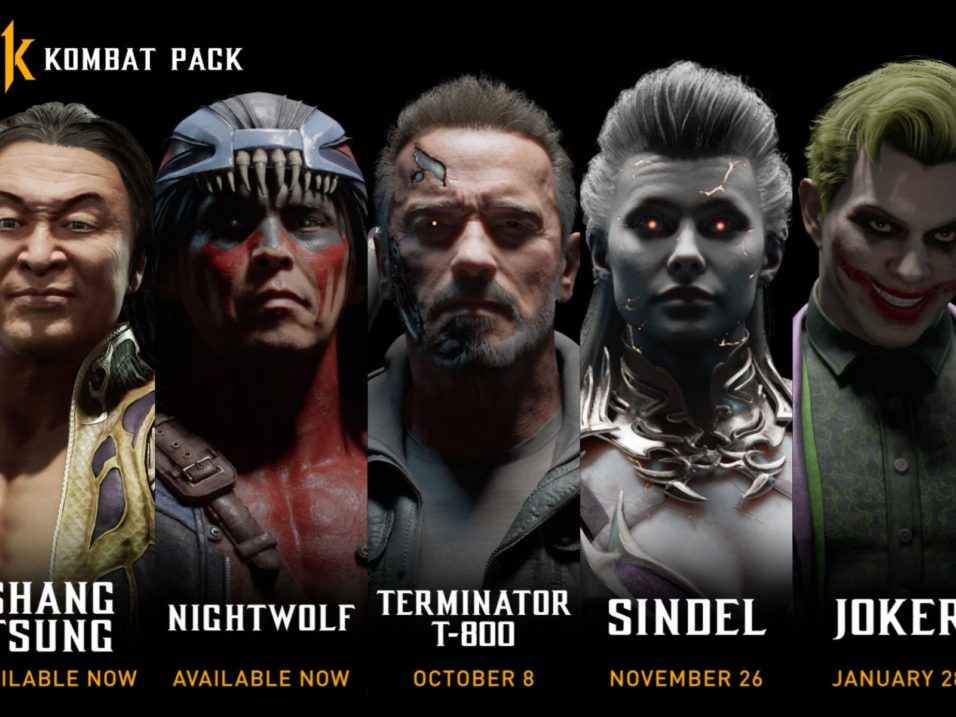 When it comes to Mortal Kombat 11, we are free to imagine everything. After all, In the latest storyline, past and present merged. In the past, we had DC join. Well, it was a horrible attempt. We also had the God Of War Kratos make an appearance as a DLC character, just like Ash Williams and Freddy Krueger. Recently, we also have Arnold’s most famous role, The Terminator. So, only sky is the limit.

Related: 5 Game Franchises That Need A Reboot (And 5 That Don’t)

What interesting Mortal Kombat 11 DLC characters will appear? We do not know exactly but I am sure of those that we will never get. Well, something might always happen but the possibility of getting these DLCs is close to impossible.

The success of Rambo: Last Blood was not much but the character does live in Hollywood’s history, just like Arnold’s T-800. Since the Cyborg was added to the game, why not add one of the most iconic characters of Stallone?

While some might say that Rocky is the best choice, I do believe that John Rambo would be a better fit. There is a clear move set that can be implemented with arrows and that huge knife. Patching things together is just simple.

If there is another action movie star that is connected with the movie industry, it is JCVD. The best thing about it is that JCVD is also connected to the Mortal Kombat Universe. In case you were not aware of it, the original Mortal Kombat game was supposed to be a fighting game that took advantage of Van Damme’s popularity. Eventually, it did not happen and we got Johnny Cage, which is clearly associated with JCVD.

Why not come full circle? JCVD appearing in this game as himself can be funny. Chuck Norris would not be since he would need to be immortal.

Everyone that played Ninja Gaiden or Dead or Alive knows Ryu Hayabusa. What better iconic ninja character than this one? He is arguably just as famous as Scorpion and Sub-Zero. This fighter is very agile, with much higher strength than initially imagined, and some pretty interesting stealth attacks. Then, to make matters even more interesting, all the 5 senses Hayabusa has are acute.

The first time I played Hitman, I was not that impressed. I did not really like the game to be honest. However, I cannot deny the fact that Agent 47 is a stable of gaming. His entire secret agent nature can lead to an interesting James-Bond-inspired move set that would be quite interesting. And, we would have someone with a proper suit in the MK Universe. There is definitely nobody like that present.

There is no denying that Rayne would fit right in. And I love that dominatrix-style outfit with the black and red leather, and corset. What can I say more? The weapons she uses are great, she can be a vampire without any problems and she can even be a succubus-style enchantress that has a problem with Scarlet’s blood magic.

If anyone thinks Jon Snow is better than Geralt in terms of character complexity, he/she is delusional. Having said that, since we had Kratos in Mortal Kombat, why not throw in Geralt? Hell, throw in Ciri and make it a new story mode adventure. With The Witcher being so successful, it would make sense for the MK Universe to take advantage and I am quite sure that this is a fighter that would sell very well. Obviously, he fits.

I am quite sure many already thought about this one and it is a very nice fantasy that maybe will come true in the future. Darth Vader stands out as one of the most iconic characters ever. The Star Wars movies led to a cult following. For Vader, not for others. The fact that his story was improved only makes him more attractive. After all, he was seduced by the dark side, no?

I always loved this character. He is a sorcerer and is familiar with the dead, so the fit into the MK Universe is perfect. He can even travel in time. Constantine has huge power, much more than what people would think if they were only to see the movies. Shadows, death, magic, and so on. All in a single package.

Imagine combining Runeterra and Mortal Kombat. Not only this would bring in dozens of new possible fighters to the Tournament, it would also make sense financially for both game manufacturers. Out of all the League characters, ZED is the one that is a perfect fit. He can teleport, is a ninja, and has a very good lore that can lead to many interesting in-game rivalries.

Out of all these potential fighters I mention here, John Cena is most likely the biggest surprise. However, it could work pretty well because he does have many fans that love him and wrestling fans that hate him. Also, the WWE is faced with problems so some extra money would not hurt. Licensing John Cena would surely cost a lot more than NetherRealm Studios would be willing to pay. Still, this would be really funny for me and I think for many. The potential fighting style would also be really interesting to see. Some wrestling never looks bad in fighting games. And, you can’t see him so invisibility maybe?