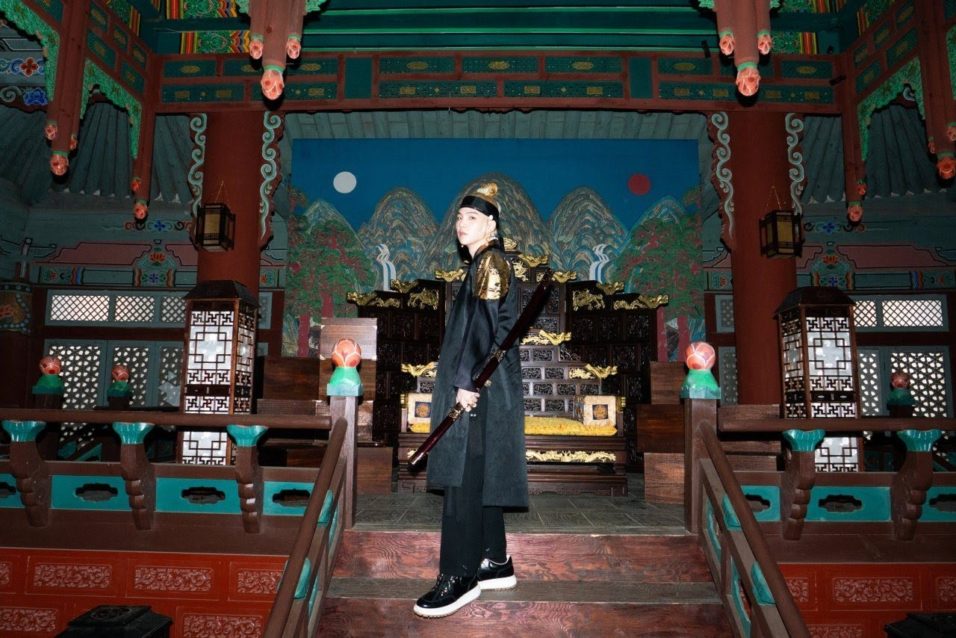 It’s not a secret that I love BTS and rap music. So, when the teaser for Agust D’s new mixtape started appearing on Big Hit’s Facebook page, I did start to get a little bit hyper. There were 2 things possible with the teasers. Either JK launches his first mixtape or Agust D comes back with his second one. Option 2 was the case and the truth is nobody was ready for what was about to hit them/us.

In the past day I watched countless reaction videos to the new Daechwita single. Nobody said anything bad about it and the truth is that you cannot. The King, Agust D, made a comeback and he is better than ever.

Since I have been listening to the entire D-2 mixtape for 2 days and especially the Daechwita single, I thought about writing what I really loved about it. I mean, why not? If you want to, feel free to share your facts in a comment.

The Fact That Agust D Kills Himself To Evolve

In a behind the scenes clip, Min Yoon-gi said that Agust D became the king some years ago and now a new Agust D came to challenge and kill the king. You can obviously understand this however you want to but ever since I saw the music video, I thought that he had to kill himself to evolve. This is because there is nobody else that can rival him, which is absolutely correct. I just loved the symbolism behind such a move.

One thing many do not know is that people are afraid of Suga in Korea. Even if he is surely such a great guy, people are afraid of him. When he was young and signed with Big Hit, he was tricked into it by Bang PD saying that he will do rap or producing. Eventually, he ended up being in the most successful boy band in the world ever. Yes, although the Western music industry does its best to ignore BTS, the 7 guys from humble beginnings are bigger than the Beatles. If there are some rock music stans that want to tell me otherwise, they are delusional.

Back to the subject, while Agust D tells us to focus more on the melody and the music video than the lyrics for Daechwita, this “simple” idea of killing the old you to become the new you is a wonderful message that helps so many, staying true to what BTS have been doing ever since they appeared with tracks like Baepsae and the whole idea of loving yourself.

I did notice that JK made a cameo in the clip early on but I did not realize that the guy he was fighting was Jin. Such moments are basically synonymous with what BTS does all the time. They have so many small things that are great and that are added for the fans. This was definitely one of them and it was great to see, although their fighting was a little goofy.

While most people talk about Raiden from Mortal Kombat, because of the hat, what I loved was the old Asian movies feel of the entire music video. I do not know if these are Korean, but I instantly remembered many Asian martial arts movies I saw when I was young. The atmosphere created was just so perfect, including the presence of an ox, a butcher and (I think) rice farmers.

At one point in the song, Agust D talks about the fact that his revenues keep going up and that Bang PD dances everyday because of it. While this was just a very nice mention of the one of the important guys that trusted BTS and believed in the members, the best thing about it was the drawing in the background. That drawing is very familiar to the ARMY that watched BTS RUN. A little bit of comedy never hurts.

Big Hit was on the verge of bankruptcy when BTS was formed. BTS is actually the huge work and the belief that was put into the project from Bang PD and band leader Kim Nam-joon (RM). If you watch the interaction Bang PD had with the band, you see a person that challenged Korean culture and traditionalism with an innovation in everything he did. That guy deserves even more praise than he gets.

The Name Of The Track

Daechwita, according to Wikipedia, is:

“…a genre of Korean traditional music consisting of military music played by wind and percussion instruments, generally performed while marching.”

Even the use of this word in the song and the duality presented are genius. We are faced with a combination of old and new, traditional music and modern music. And everything is whack. It is mind-blowingly simple and complex at the same time.

The song starts with traditional Korean music and then a small crescendo that goes to that sick beat. And I do not think anybody was ready for that beat. That blend of traditional elements and modern rap that I mentioned before was fantastic. This is why the second became number one on iTunes in over 80 regions from around the world. We are talking about a song that managed to break records fast and this beat is a big reason why.

The Production Of The Video

Most of the shots seem to have been filmed at a Korean temple of sorts and a more rural location that was perfect for the old vibes transmitted. However, the entire video is just so much better because of the production team.

BTS does have some really talented guys behind them and you can instantly see this when you look at how beautiful the music video is. There is color correction used, filming at specific times of day, a perfect use of symmetry and angles, and so much more. The people that made the clip deserve an instant raise. This is definitely one of the best music videos I saw in the past few years.

How Different Daechwita Is From D-2

The D-2 mixtake is a very deep journey into the mind of Agust D, who is Suga’s rap persona, so to speak, although things are much more complex. After listening to just the intro track from the mixtape, I had to stop. It was clear for me that I was about to listen to something really deep. This is why I waited a little so that Army members upload the music with English captions.

D-2 goes through such deep subjects that it is actually very hard to reason. Think Evanescense on steroids. This is not hip-hop. It is much more than that. It is poetry for the poisoned soul, and I do not mean Kamelot’s album.

BTS as a whole has very deep lyrics hidden in catchier tracks at times, but D-2 is not that. Listen to the song above and read the lyrics. This is what you get from D-2 and it is so different than Daechwita. Launching Daechwita as the single of the mixtape was an obvious decision, given the rest of the songs. You hear about depression, failing, not finding yourself, old friends that got lost in drugs, and many other HARD topics.

What else can I say? Daechwita is great and all I can say is thank you to the artist for letting us into his mind, especially with D-2, which is a deep, wonderful mixtape. And a big F U to all the haters. But hey, as RM’s t-shirt once said, these guys need new haters because the old ones now love them.