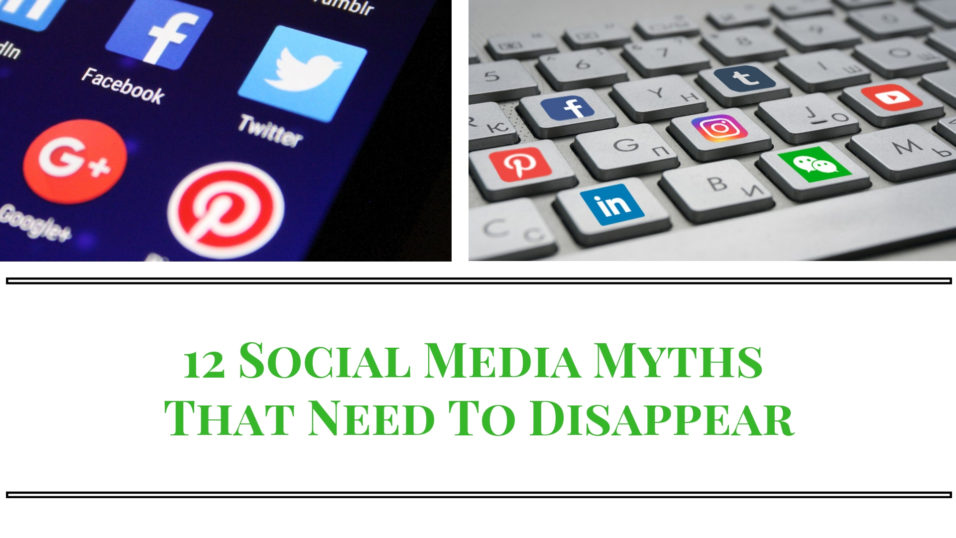 Is Your Marketing Campaign Built With Social Media Myths? 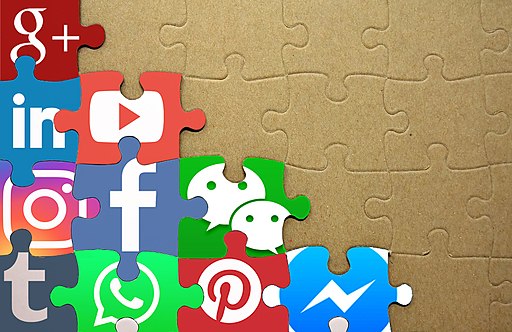 When it comes to using social media for business of any kind, there are more myths mentioned than real facts. This is, unfortunately, incredibly true.

Most business owners have completely unrealistic expectations and really low knowledge. This is completely normal. After all, why would you hire specialists if you know what to do?

The big problem is when your social media marketing campaign is built around beliefs that are false. This is why every single person out there that wants to do some social media work has to be aware of the mistakes most people make.

Obviously, numerous social media myths can be mentioned. However, the following ones are among the most damaging.

Myth – You Have To Be Active On Many Social Networks

This is the one social media myth that most specialists actually know.

You do not need to be present on many platforms. In fact, for most businesses out there just one or two social networks is enough.

The social networks that you choose to be active on are those used by your target audience. This is actually as simple as it is to make the choice.

Myth – You Need To Post As Much As Possible

Numerous business owners actually think that they need to post many times on social media in order to get good results. They think that if they post a lot, more people will see the messages and popularity increases faster.

The problem is that when you aggressively promote anything, your followers will be annoyed. People do not follow you only to be bombarded with countless posts.

It is always much better to post something of a really high value and do it less often than to post a lot and just create messages or share links that are not valuable.

Myth – Businesses Need To Be Professional

By this I mean that many businesses do all that they can in order to not get personal. This is, most likely, because of the wrong belief that customers just care about products or services and this is why they follow a business.

Over-sharing is definitely not something that is relevant for the business but all customers want to see brand personality. Even something as simple as office pictures with the best employees can do wonders.

When you create a connection with your followers, they become interested in your services and products. When the way in which you communicate is completely impersonal, they will not care much.

Find your brand’s voice and try to showcase at least some personality.

Myth – Social Media Is Only For Younger Generations

A while ago I talked to a CEO that was around 50 years old. When I asked about social media, he said only young people use that so there is no sense in promoting on it.

The misconception is that when the audience is mostly made out of older people, social media is useless. What people do not realize is that around half of all people over 55 years old actually have social media accounts. Also, 95% of adults that have a Facebook account are active on the network.

People that think like this have severe knowledge lacks when it comes to understanding business in general. When somebody tells me something like this I will not work on him/her. Period.

While social media marketing is definitely a lot cheaper than regular advertising or marketing channels, investments are still needed. At the very least, you invest time and money to create social media posts.

Even if you do not use social media ads, you still need to make an investment. For instance, hiring someone to manage your pages costs money. Creating really good content costs money.

Myth – Hashtags Are Vital For Success

You surely saw numerous posts that are simply filled with hashtags. #Right?

While hashtags are important, they only work if you use them properly. Also, you do not need to use many hashtags for posts to be very successful.

Another thing that should be mentioned is that the generic hashtags will not help you. If you sell dog food and you add #dogs as a hashtag, it will not help as much as you might think.

It is always much more important to create very good content and to help your audience with the posts that you share. Also, hashtags have to be strategically chosen in order to be successful. For instance, on Instagram, a mix of hashtags with different volumes of interaction are needed for optimal results.

The truth is that Facebook is definitely not as effective as it used to be. However, this does not mean it is useless.

Most people that have a social media account somewhere also use Facebook. We simply cannot get around that. When looking at people between 18 and 35, Facebook is still the most popular social media network.

When you ask people to tell you the truth and the question is whether or not they daily log into Facebook, there is a really good possibility that the answer is YES.

The real problem with Facebook is that it becomes more and more expensive. It seems that the company is much more interested in making money from ads than making the changes people want.

While you need to keep an eye on how Facebook evolves, it is still a social media network that can offer great results.

When it comes to social media, consistency is really important. However, this does not mean that the only thing you need to do is schedule content.

The bulk of your social media strategy should revolve around scheduled content but what performs really well right now is highly relevant content that is properly timed.

To put it as simple as possible, you get increased engagement when your content is tied to real events that happen now.

Myth – A Brand Is Always More Influential Than An Individual

It seems people really want to think this but it is incorrect. The truth is that we are much more likely to be convinced to do something by an individual, not a brand.

It is quite hard to connect at a personal level with an organization/brand. However, it is so simple to do so with a person.

As an example, if Jeffree Star recommends something, the conversion rate is MUCH higher than when Gucci says they launched a revolutionary product. This is because people trust Jeffree as an authority figure.

Myth – You Need To Consider The Same Metrics Every Single Time

There are countless metrics that you can consider like website traffic, impressions, engagement, clicks, reach, conversions and time spent on page.

What you use for one business is not necessarily what works for another business. Many just read a guide they find online and consider the metrics mentioned there. This can lead to ineffective campaigns.

You need to create a social media plan and determine your goals. Based on your goals, you need to choose the metrics that give you the information you need.

In fact, the exact opposite is much more valid. Most of the fans a company has on social media are former or current customers.

Social media is a really good tool to use to retain customers and create brand loyalty. Using it just to get new customers and neglecting the ones you already have is a recipe for disaster.

Myth – Negative Feedback Should Be Ignored

A lot is written about this but it is still a social media myth that is way too prevalent.

One of the most important things that you have to do when you do social media work for a brand is to show people that the brand cares and listens to people.

If you just ignore the negative feedback, you do not improve your services. Also, people look at the negative comments and want to see how you handle them. Neglect simply does not work.

If you want to use social media to promote anything, you should learn what to do. The myths above, just like already mentioned way above, are just some of the countless ones that can be mentioned.

Always interact with people and see what works for you. Do not use a blueprint that someone else used in the past. There are way too many variables that can influence results.