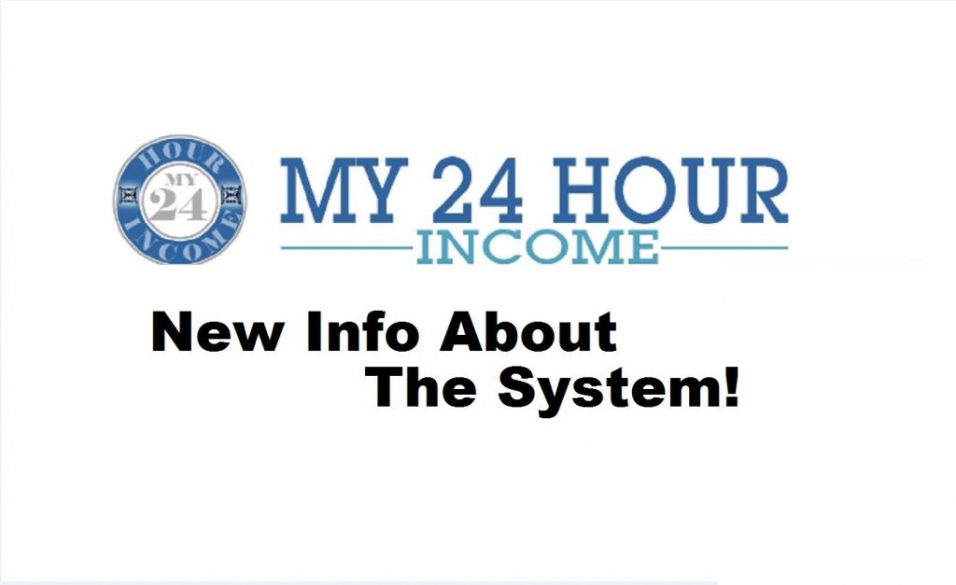 My 24 Hour Income was the talk of the town when referring to revshare systems in 2016. Now it is a source of controversy. Everyone that is active in the industry knows what is happening and the debate about whether or not the site will survive is going on.

The problem with My 24 Hour Income is that the site has no money available. The owner and the admin team try to tell you that this is not the case by simply using lies. This is something that I simply cannot appreciate.

The String Of Problems

Initially there was a hack that led to the site losing most of the money it had available. This would normally close any revshare site but My 24 continued. Then, other problems seem to appeared and this has been going on since November. The real problem is that every single “solution” that appeared from the owner was really bad. This clearly highlighted the lack of experience that he has in managing a business. Drew is respected as one of the very best marketers in the revshare industry but when translating to managing a revshare, huge mistakes are seen.

Initially, the site was opened with one of the weirdest rules ever: you need to add money in order to be allowed to withdraw money. You were allowed to withdraw 100% of your earnings if you would have added 90% of the amount first. Obviously, this created huge debates and negativity among users.

After that, Drew appeared and said that things were not going on and that basically the site will start from scratch. Once again the blame was put on hackers and the fact that there were many fake accounts that cheat the system. This is where the real rubbish appears.

The solution was to implement KYC (know your customer). The premise was simple. In order to be allowed to withdraw money you had to submit some form of ID in order to prove you are a real person. When this was implemented it was clear that the site went bankrupt. That is because besides this KYC solution, all the funds of the people were taken out of adpacks and put into cash balance. It is impossible to withdraw cash balance so even if you are verified, you cannot withdraw the money. Once again, you can if you invest, of course.

The stupid solution of KYC and basically restarting the site makes it clear that My 24 H Income now does not have money. It was said that everything is going to be OK when frozen Payza funds will be released. Let us be serious. This is just empty talk. Even if those funds are released (which I seriously doubt), what is done at the moment is gathering real money to cover what is not available. This is not a secret. However, most people are going to lose money in the process, which is something that few actually realize and many that do have hidden reasons to not show that this is the case.

What Should You Do?

Simply do not invest. It is quite clear that managing a revshare site is simply too much for the owner and the possibility that the site will go great in the future is really low. At this moment My 24 H is JUST a Ponzi site. We all know how Ponzi sites eventually end. You can put your money in other revshares that are much more stable and that have a good management team behind them.

You can be 100% sure new problems will appear. Unfortunately, the only solution to get your money back is to submit your documentation for KYC. Make sure you erase the address from the document you submit just to be safe. Buy the adpacks, wait for them to finish and then cash out, if you will be allowed to do so. It will take at least 2 months of daily surfing for that but if you do have enough money, you should do it, of course. Reinvesting in My 24 H with so many other opportunities in the industry would be a really bad decision.